During WWII Bernard was a wireless operator with the RAF and took part in the D-Day landings, his unit going on to set up observation and tracking posts in Europe.

He was a D-Day war hero who came to Canada in 1987 and was forced to live on just £48 a week because his pension was frozen.

A spokesperson for the EndFrozenPensions organisation said:

Bernard was a true hero who served the UK in its darkest times. Despite this, the Government didn’t think it fit to give him the full UK state pension he earned. No UK pensioner, particularly not citizens who fought for their country, deserves to fall into poverty in old age. 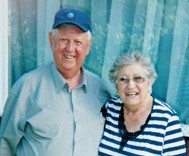 Bernard was active in the campaign for global pension parity for almost one-third of his life, becoming involved soon after he and his beloved Freda retired to Vancouver from England in 1987 and were hit with the news that their pensions instantly became frozen. His dedication and stamina rarely lessened over a quarter of a century, in spite of the many disappointments along the way. That’s no surprise, however, as Bernard was cheerful by nature and passionate about everything he did, even as he helped care for Freda who lived in an extended care facility.

For many years as the long-time head of CABP’s BC Branch, Bernard continued to arrange meetings, pursue new members, run the branch office and sit on the national board of directors. The depth of his commitment was fully evident in this example – after spending a weekend in hospital, he cheerily informed everyone:

Nearly back to normal after being filled up with the drip to cure the dehydration and consequent low blood pressure but managed to talk to a few nurses and to a doctor who had served in Her Majesty’s Life Guards for 20 years – I told him about claiming the UK pension and to sign up with us.

Bernard was a long-standing member of Royal Canadian Legion Branch #084, and he served that branch in many capacities including as president, and he continued each year to organise volunteers to sell poppies. He was nothing if not a man who lived the motto of his Legion branch: Service above self. And indeed we frozen pensioners were beyond lucky to have him – and others like him serving in our ranks. 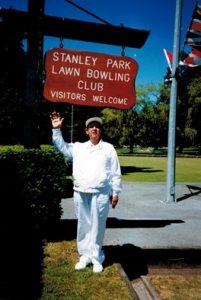 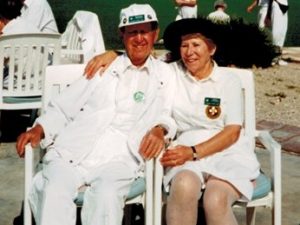 Bernard was active in the Stanley Park Lawn Bowling Club, where he bowled in the summer (and instructed others as well) and he played bridge all year-round. He was an avid reader and concertgoer, especially when classical music was on the program. He loved traveling, and visited many parts of the world, enjoying some 200 cruises. He took pleasure in learning new things, and worked with a friend to become more computer literate. 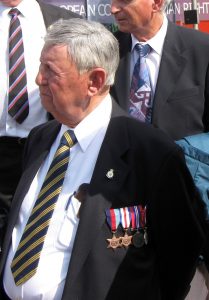 In 2009 Bernard was one of “the 12” Applicants who took part in the Carson legal challenge against the UK Government in the Fourth Section of the European Court of Human Rights (ECHR) in Strasbourg, and also the appeal to ECHR Upper Chamber in 2010. 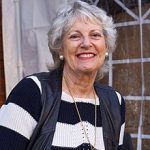 Annette Carson, who brought the first legal challenge against the UK Government in 2002 remembers Bernard well:

I met him when we went to Strasbourg and he was certainly a fighter. I remember him as a gallant and strong-minded gentleman, and when I saw his array of medals, proudly worn, it brought a lump to my throat. We owe his generation so much, and it’s a travesty that every successive UK government has been glad to take these people’s sacrifice but turned its back when it could have alleviated their hardship. He will be remembered with respect.

Sadly, Bernard had to give up his dream home in Canada and return to the UK a few years before he passed away in April 2020, at the age of 97. He will always be remembered fondly.

Bernard gave so much to the frozen pensions fight and he didn’t see the final resolve, but when it comes it will be because of people like him and others who have gone before him. We owe him a lot.